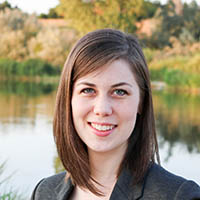 You'll find a wide variety of things to do in Sioux City, Iowa. There are attractions here for every age and interest. Sioux City has many parks and outdoor spaces as well as interesting museums and other cultural attractions.

What is Sioux City Known For?

Sioux City, Iowa is famous for a handful of interesting facts:

The city is known for its many historical sites and beautiful nature parks. There are plenty of things to see and do here.

Dorothy Pecaut Nature Center, in Sioux City's Stone State Park, has hiking trails complete with rustic bridges. The indoor area includes a library and a meeting room as well as educational materials and interactive exhibits for children. For example, there may be materials such as fossils and antlers for children to examine and learn about. The Nature Center also houses birds and may have educational programs such as "Identify the Birds." The Dorothy Pecaut Nature Center is known for its aquarium of fish native to Iowa and its underground prairie display to walk under.

Stone State Park has picnic areas, campsites and trails for horseback riding, mountain biking, snowmobiling and skiing. Some areas in the Park offer views of the Big Sioux and Missouri rivers. Stone State Park includes prairies and woodlands and is known for its rare butterflies.

Sergeant Charles Floyd was the only member of the Lewis and Clark expedition to have died during the journey (from what doctors now believe may have been appendicitis, for which there was no cure at the time). The monument was built to honor his memory and seal his remains.

The Sergeant Floyd River Museum and Welcome Center, located at a different site, offers more details on the history of Sergeant Floyd and the Missouri River. The site is set on a dry-locked motor vessel, the M.V. Sergeant Floyd (named in honor of Charles Floyd). Admission to the museum is free.

Sioux City’s Lewis and Clark Interpretive Center is an interactive exhibit that tells of the journey of the Corps of Discovery through the area. Visitors can learn the story through animatronics, computers and interactive devices, murals, flip books, and DVD presentations in a theater resembling the vessel used in Lewis & Clark’s expedition. The story it follows centers around the honored Sergeant Charles Floyd.

Take a little trip about 100 years back in time to when this site was the 10th largest railroad station in the country. Back in the 20’s and 30’s, what’s now the museum was the Milwaukee Railroad Shops complex—a railroad hub with tracks that branched out to several locations through the U.S. At the museum, you can learn some history, take a ride, touch the old train cars, and see the landmarks onsite.

The Sioux City Art Center features works from classic artists like Jackson Pollock and Leonardo Da Vinci, as well as local contemporary artists. The pieces on display are rotated regularly, so there will be something new to see every time you go. Before heading inside, be sure to check out the pieces on their sculpture walk around the outside of the building. Admission to the art center is free.

There is much to see and do in Sioux City, Iowa. You can find a variety of activities and cultural experiences for all ages and family members to enjoy. Experience the rich history and fun the city has to offer.

Tiffany Park
Tiffany Park is a communications, health, and parenting writer with a passion for improving family connection for herself and others. Having studied communications and early childhood education, she enjoys learning new things, seeing different perspectives, and seeking fun adventures with her husband and toddling daughter.

Tiffany Park
Tiffany Park is a communications, health, and parenting writer with a passion for improving family connection for herself and others. Having studied communications and early childhood education, she enjoys learning new things, seeing different perspectives, and seeking fun adventures with her husband and toddling daughter.

You can always go shopping! I've been to the Southern Hills Mall, Lakeport Commons, and Marketplace Shopping Centre there.

Southern Hills is the largest mall in Sioux City, you can pretty much find all the brands there. Lakeport Commons has a Gap outlet that I really liked. My favorite at the Marketplace Shopping Centre is a restaurant called Minervas. Actually, there are two different Minervas there, one is a proper restaurant with grill, the other is more like a lounge/bar with cocktails. I enjoyed the atmosphere there a lot.

There's also a growing belly dance community in Sioux City. There are classes and workshops for people interested in learning the dance at the yoga college, and the Desert Angels perform at various family-friendly events throughout the year.