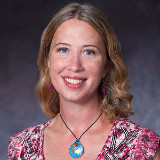 The Diagnostic and Statistical Manual, Fourth Edition (DSM-IV), a manual published by the American Psychiatric Association that is used to diagnose all mental disorders, defines personality disorders as patterns of experience and behavior that are drastically different from the norm. In order to warrant this diagnosis, an individual must exhibit deviant patterns of behavior in at least two of the areas of thinking, mood, personal relations, and impulse control. There are ten of these disorders currently identified in the DSM-IV, and they are grouped into three major classes, or clusters.

Cluster A, which includes the paranoid, schizoid, and schizotypal disorders, identifies odd or eccentric behavior. For example, paranoid personality disorder (PPD) is characterized by persistent feelings of distrust and suspicion against others. A person with PPD may experience constant but unjustified suspicions that others are planning to deceive him or her.

Schizoid personality disorder (SPD) is defined by detachment and lack of interest in relationships with others. An individual with SPD may prefer solitary activities and seem emotionally detached from others. Similarly, schizotypal disorder is also characterized by a need for isolation, but also includes magical or unconventional beliefs. Someone with this disorder may believe he or she has magical powers.

The second group, also known as Cluster B, contains the dramatic and emotional disorders. Antisocial personality disorder (APD) is characterized by an apparent disregard for the safety and feelings of others. Known in earlier DSM editions as a sociopath, an individual with APD may engage in criminal or otherwise reckless behavior with little or no regard for the law.

Borderline personality disorder (BPD) is indicated by an unstable sense of self, impulsivity, and a tendency towards strict "black-and-white" thinking. Individuals diagnosed with BPD frequently have histories of unstable relationships and engage in self-destructive behavior such as self-mutilation, reckless spending, or binge eating. Histrionic personality disorder, on the other hand, is characterized by extreme theatricality and a constant need to be the center of attention. Narcissistic disorder is indicated by an inflated sense of self-importance and entitlement.

Disorders that fall under the Cluster C category are classified as those that cause fearful or anxious behavior. For example, an individual with avoidant personality disorder may be so afraid of criticism or rejection that he or she withdraws from social situations.

The second of the fearful and anxious personality disorders is known as dependent personality disorder (DPD). Unlike avoidant patients, an individual with DPD is intensely dependent on others, feels uncomfortable when alone, and may have difficulty making decisions without the approval or advice of others. Obsessive-compulsive disorder is characterized by a preoccupation with lists and orderliness, often to the point that it interferes with interpersonal relationships.

Although many individuals experience patterns of behavior that are characteristic of these disorders, this type of illness can only be diagnosed if these patterns are strong enough to interfere drastically with an individual's daily life. Many have high occurrences of comorbidity with other psychological disorders. For example, it is not uncommon for a person with avoidant personality disorder also to suffer from depression or anxiety disorder.

My husband has been diagnosed with bipolar disorder, but I feel he also has a personality disorder too. He is hypersexual, and in total denial about everything, lies, has addictions to drugs and alcohol, memory loss, narcissistic, never can admit anything, violent behavior. What is wrong with him?

I can't easily relate to other people's feelings. In fact, I find myself seriously lacking in feelings altogether. Mostly anger and depression, the rest of the time, nothing. There are times when I am conversing with someone(or just being social in general) and they tell me something. Let's say they tell me something sad- I only know how to act from previous observations of how other people act and I act likewise, and there are times when I do not know how to act or act the wrong way, provoking questioning responses.

Most of the time I don't care about other people, or things in general. I'm mostly cynical- always viewing my glass as "half empty" instead of "half full", and thinking constantly of worst-case scenarios, which mostly always include death.

And, just making sure, I anger very easily, and it's only gotten worse over the years- anger issues perhaps? I'm just guessing. I would greatly appreciate knowing if it's otherwise or not at all.

i have many different personalities depending how i feel one day and it will switch the next day.

For anon45660: sounds like Antisocial Personality Disorder, but you should check it out just to be sure.

i was told i have a personality disorder but didn't have time to dive in so maybe you can help this. i enjoy playing games with people's minds. i get enjoyment out of making others upset. i do things that i know is going to hurt someone's feelings. i am vindictive. i plan things out just to be vengeful. i'm not emotional and don't really care about others feelings and i also lack that little voice that tells you not to do things. and i don't feel guilty about the things i have done or said. besides the fact that im obviously a bit...you know... what which disorder does this sound like?

What disorder is this: My husband stopped sex about three days after we got married and never resumed. He has never shown respect for me, his wife. He embarrasses me in public by telling me to shut my damned mouth. I have tried to tell him if we had a normal sex life we would get along better. I have tried for many years to understand.

Have you heard of Imposter's Syndrome? I'm not sure if its in the DSM IV but I know psychologists talk about it.... It's basically a feeling of inadequacy. Where you don't feel like you deserve the praise or maybe a promotion you got. Basically, you feel like an impostor or a fraud. (Hence the name.) Like what you get is based on a fluke or luck but not on your merits.