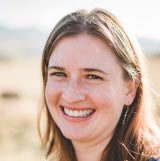 All sports may be strange to some extent, but some are weirder than others. Ironing clothes in bizarre locations, playing hockey underwater, and rolling around in an inflatable ball are just some examples of unusual sports. While these activities may not always be accepted by sports purists, plenty of people find them entertaining to watch and participate in. Want to learn more about strange sports? Check out this list. Maybe you’ll find a new hobby or get inspired to create the next weird sport.

Octopush is an underwater sport combining elements of swimming, hockey, and snorkeling. Invented in 1954 by a British diver, this sport was originally intended as a training exercise for divers and commandos. Since that time, it’s become popular in various locations across the globe. A game of Octopush is played in a swimming pool with a weighted puck. Each team of six people works together using “pusher sticks'' to control the puck and move it toward the other team’s goal. Though Octopush is a no-contact sport (no grabbing is allowed), it’s physically demanding. Strategy is also important because teams have to work together to ensure each player is able to surface for air.

A strange sport that demands physical and mental agility, chess boxing requires participants to alternate between boxing and speed chess for 11 rounds. Each round has a time limit, and there is a short break between rounds. The winner of the chess boxing match is the player who either wins the chess game or knocks out the opponent during a boxing round. Referees may also award boxing points to determine a winner if the chess game is not over after 11 rounds. The concept of the game is credited to a Dutch artist, and chess boxing is popular in European countries.

A full-contact team sport that originated in Japan, Bo-Taoshi is similar to capture-the-flag. Though it’s a common Japanese school activity, Bo-Taoshi doesn’t have many participants outside the county. The name translates to pole-toppling, which is a literal description of the sport. There are two teams of about 150 people that are split equally between offense and defense. Each team attempts to push over the other’s pole from its upright position. A team wins when it’s able to get the other team’s pole to an angle of 30° or less with the ground.

Skijoring (ski driving) is a winter sport that has been played in Scandanavian countries for centuries. It’s also become popular in the American Midwest and Northwest. In this sport, skiers are pulled behind horses or dogs. Skijoring with horses generally involves a rider and a skier, and some extreme versions of the sport incorporate jumps or obstacle courses. Another version of skijoring involves a single skier pulled by a large dog or a team of smaller dogs.

Combining “the thrill of an outdoor activity with the satisfaction of a well-pressed shirt,” Extreme Ironing is a sport that involves ironing clothes in unexpected locations. This activity is popular in its native country of England and also in Germany and South Africa. EI participants iron clothing (using a traditional ironing board and a conventional iron) while doing some other activity, such as surfing, canoeing, horseback riding, rock climbing, or skydiving. Many extreme ironists choose to go to remote locations, such as mountaintops, lakes, or waterfalls.

Invented in New Zealand in the 1990s, zorbing is an extreme sport in which a person rolls down a hill or over a body of water while inside a large inflatable ball (a “zorb”). This clear plastic sphere is approximately the size of a small car and may support up to three people. The activity is inherently risky, as the zorbonaut is unable to control his or her speed. A similar (but less dangerous) activity involves a “bubble ball,” which doesn’t encase the player’s legs, so he or she can control the direction and speed of movement.

Whether it’s skiing behind a galloping horse or rolling across a lake in a giant plastic sphere, weird sports are often both risky and thrilling. Participants may be looking for an adrenaline rush or a well-ironed shirt (or both). While most of these activities are currently limited to hobbyists, they may someday become accepted as international or even Olympic sports.